Whoever sets foot in the transportation stops in the Sudanese capital, Khartoum, which transports passengers to its various suburbs, will notice the spread of coins stacked on tables and others furnished on old pieces of cloth, in addition to voices calling on passers-by, specifically drivers of public vehicles to exchange banknotes of large denominations for lower currencies.

This scene has been dominating transportation positions in the capital for years, after the “change change” crisis aggravated between vehicle owners and passengers, especially since pricing the value of the fare requires the existence of small denominations of currency that are not available to the passenger or the vehicle owner, which led some people to practice this profession in exchange for Cheap price.

The loose change trade is one of the old professions that is still present despite the change of currencies and the rise in monetary denominations, which affected this type of trade directly. However, one of the benefits of providing “fag change” to vehicle passengers is that it contributes to avoiding disputes and resolving clashes between passengers and drivers, in addition to the conduct of The work of restaurants and cafes, where the change dealer exchanges currencies in large denominations with small denominations for a commission of five percent.

Despite the seriousness of this profession and the exposure of its owners to theft by fraudsters and the large number of counterfeit money, it is a profession that does not recognize loss, in addition to the absence of risks to capital, as happens in other professions.

According to Mubarak Idris, one of the “fag change” currency dealers who works in the famous “Jackson’s” stop in Khartoum, the profession of money exchange works to reconcile passengers and owners of public vehicles by providing small cash denominations that are not available to the “brokers” who collect the fare inside the vehicle for a small margin. From the profit according to the amount that is exchanged, but recently this profession has declined a lot after the value of the transportation fare has become no longer dependent on small groups, and therefore the demand for change has become weak.

Idris indicated that he obtains small denominations of currencies from banks, in addition to dealing with marginal professionals who own estimated amounts of small denominations and often resort to exchanging them for large denominations, but he noted that there are a number of problems facing this trade, including the large number of counterfeit currencies. In addition to the danger of dealing with old banknotes due to the transmission of infection through their circulation.

Siddiq Suleiman, a driver of one of the vehicles, believes that this profession has contributed to facilitating the interaction between the “camasara” and the passengers, especially the segment of students who were the source of disputes inside the vehicles due to the lack of “change”, pointing out that “often when the change is not available to the conductor, we ask Including giving up the value of the ticket to the passenger in order to avoid disputes, but after these merchants practiced this profession by providing currencies of small denominations in the parking lots, many problems ended that were an obsession that bothered the conductor and ignited disputes between him and the passengers.

For his part, the economic analyst, Muhammad Al-Nayer, ruled out the Central Bank of Sudan’s dealings with this segment of change dealers, as it is not possible for the bank to distribute these currencies to people for the purpose of practicing such a profession that is alien to Sudanese society as it is an informal business. 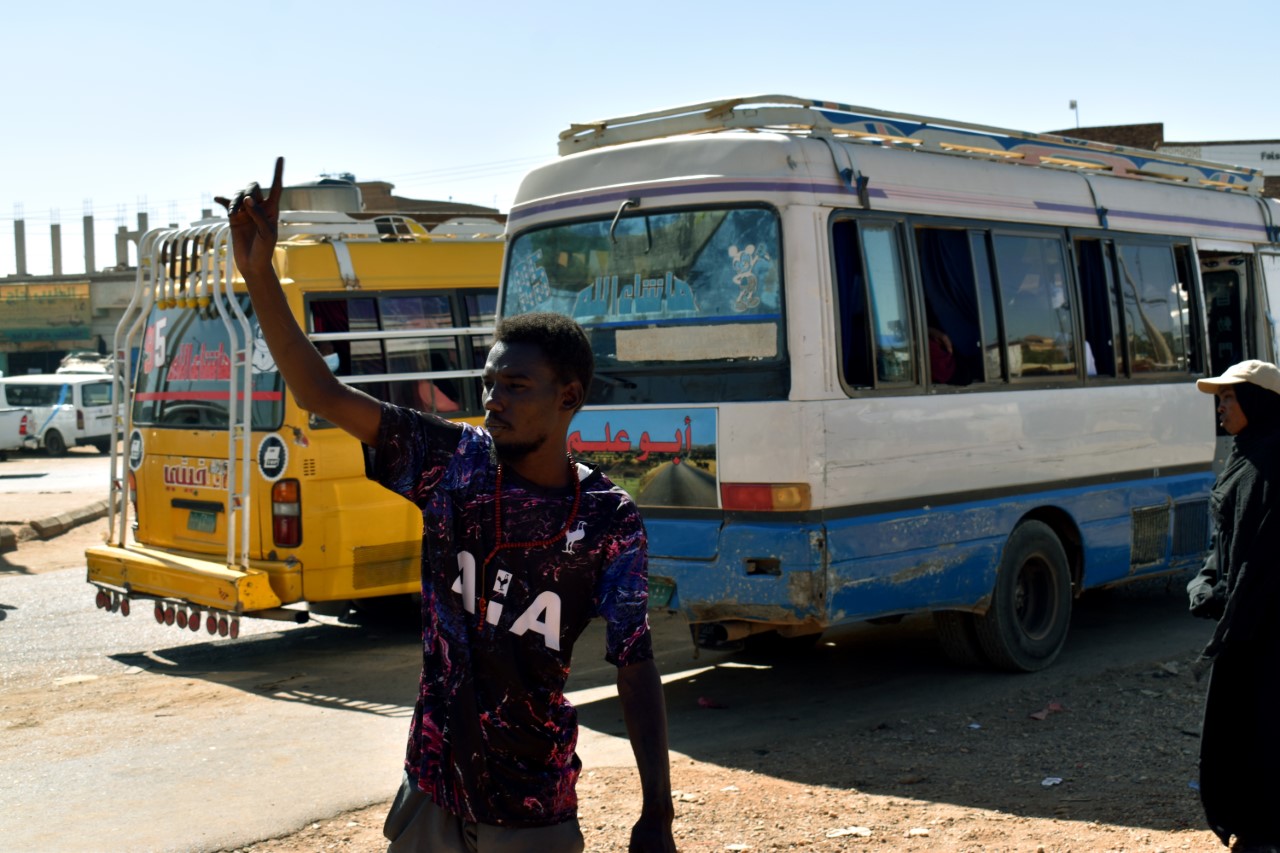 He added, “The Bank of Sudan’s mission is to provide all different currencies to customers without an intermediary and away from random ways and means,” noting that vehicle owners must obtain their needs of different currency denominations directly from banks, which is an easy and affordable issue so that they are not abused by before these people.

Legal expert Hassan Al-Zain Shawqi points out that trading currency by any means threatens national and economic security, and therefore whoever trades in it must be punished with a penalty that reaches imprisonment, and this punishment falls under the criminal law in Article 50 regarding undermining the constitutional system of the state, as this act is performed This leads to high inflation, which leads to the collapse of the existing economic system in the country.

Shawky continues, “It is not permissible to trade in currency under any justification, because this matter detracts from its actual value, so it is assumed that the prosecution of the banking system, the Ministry of Justice, and specialized authorities pursue people who practice this profession and impose the maximum penalties on them.”

The change trade remained religiously prohibited as a currency trade for currency, and according to the former Secretary-General of the Sudanese Scholars Association, Ibrahim Al-Karuri, converting currency into a trade or a profession is one of the usurious transactions that are prohibited by Sharia and falls within the door of selling cash for cash that religion forbade, as it is a practice and trade You deserve money and take away the blessing from it.